The Joy of Rediscovering Everyday Memories

Over on The Chart Chick, I have been dissecting The Ancestor Effect research study done in 2010.  It's been a powerful experience to see documented, scientific proof that backs up what we in the genealogy community have always known: Family History Benefits Us and Our Youth.  I'd love for you to look over the articles if you haven't had a chance to yet. 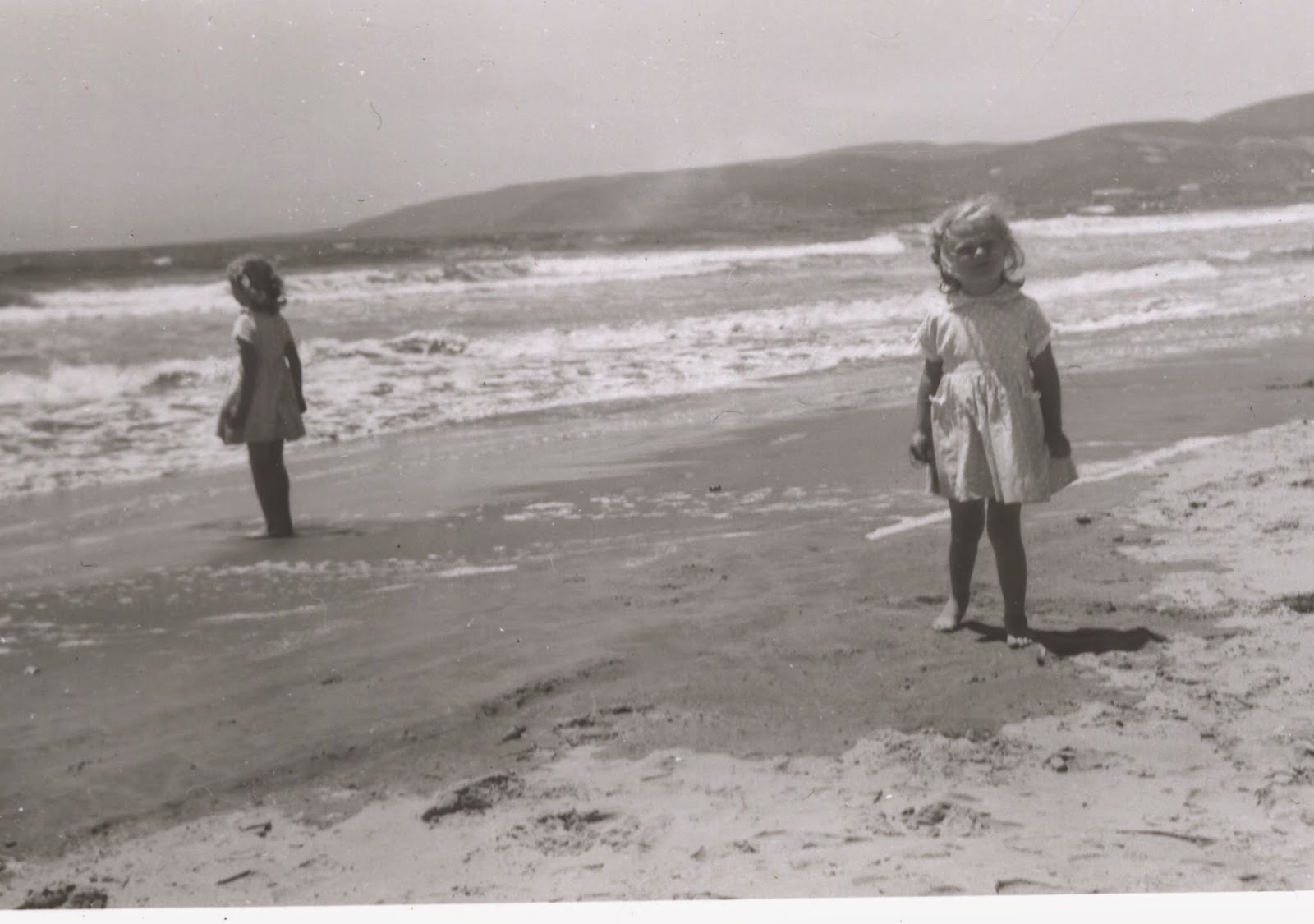 I found an interesting article called "The Unexpected Joy of Rediscovering the Ordinary" back in September, when I was in the depths of studying and deciphering the impact of this study, that I realized inadvertently coincides with the research done on The Ancestor Effect.  Particularly the final portion of the study that looked at whether or not negative familial memories had adverse effects on the test subjects, as opposed to positive familial memories.  Interestingly enough, it turns out that the academic and personal benefit of thinking of our ancestors is the same whether we have good memories/associations or bad memories/associations.  It seems counter-intuitive but the science has spoken.

So the article I mentioned was from the Boston Globe and the story originated from a study published in the Harvard journal Psychological Science (the link in the article is broken, so this is the best reference I can give you... sorry!) about how everyday memories are surprisingly just as powerful as the "big moments" of life, in retrospect.  The study came about when Harvard graduate student Ting Zhang was scrolling through pictures on her phone and realized that most of the things she had captured were birthdays, holidays, big events, and so forth.  Then, occasionally, she'd stumble on an inconspicuous, everyday moment and she realized she felt a sudden rush of joy from being reminded of how she felt in that moment that she had decided to take the picture.  An idea was born and she and her colleagues devised a series of experiments that would allow her to see if her feelings were unique or if others might have the same experiences in the same situation.  (In fact, her dissertation is on the psychology of rediscovery.  How cool is that?)

In one study, the researchers had asked undergraduates to create a "time capsule," to be reviewed after a summer, of seemingly ordinary events that they were asked to write about (i.e. three songs they just listened to, the last party they just attended, the most recent conversation they had, etc.) and then to rate how interested they thought they would be to be reminded of these things later.  Three months later, when the "time capsules" were reviewed, it turns out that the undergraduates were actually more interested and excited to review the responses they had given than they had previously estimated.

Finally, another experiment was based on giving the test subjects the option of writing down a  few notes about a recent conversation they had had with someone or watching a short, funny video clip.  Most people voted to watch the video clip.  Regardless of what they chose though, the researchers then asked all the test subjects to do both items and then rated how interested they think they would be to remember the events a few months down the road.  Sure enough, nobody thought they'd care all that much about either event, but particularly about rereading what they wrote and, sure enough, the test subjects all discovered that they undervalued their interest greatly.  Pretty interesting, right? 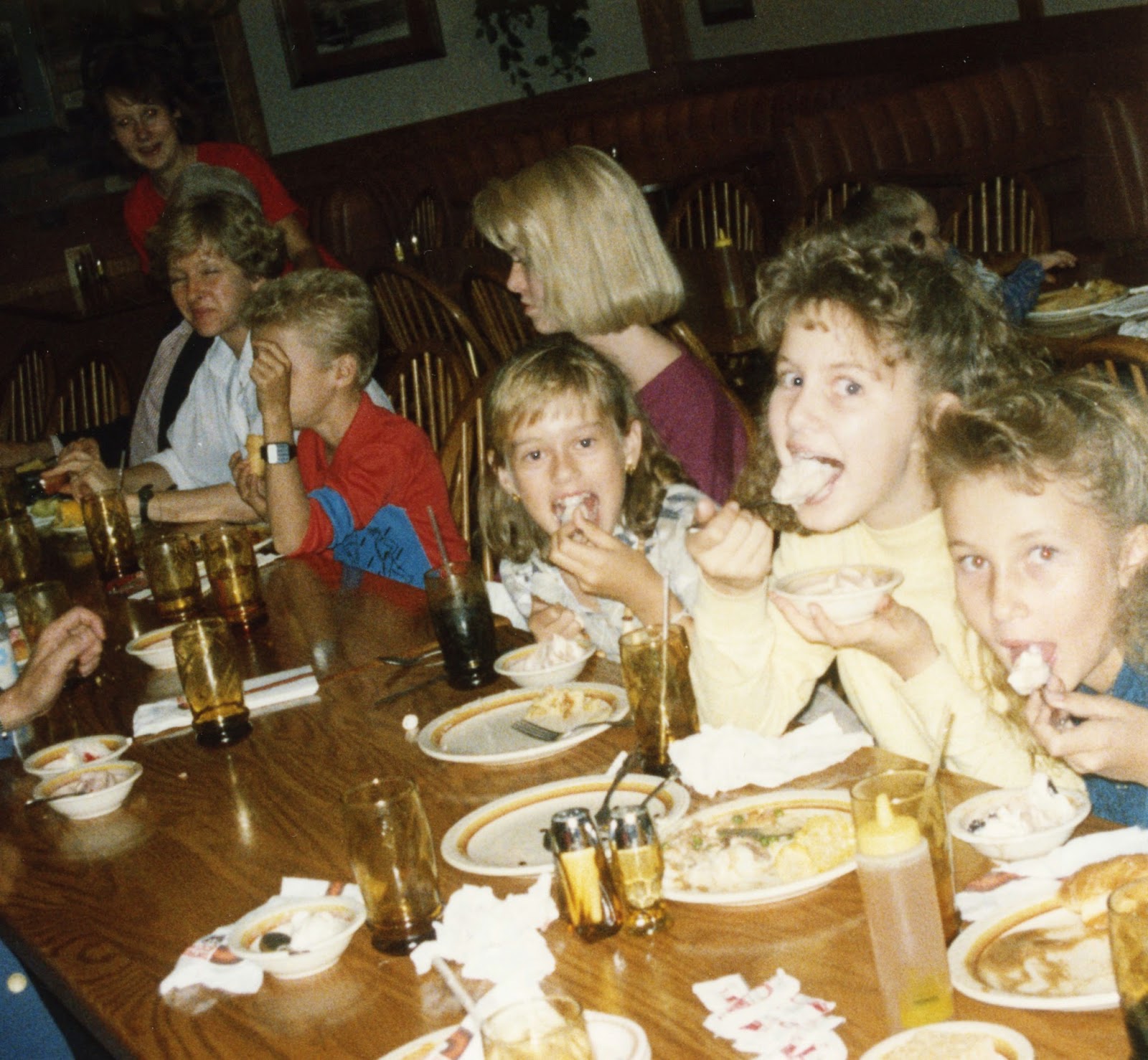 So ultimately, it turns out that the researchers discovered that people ended up valuing their ordinary experiences much more than they originally expected they would.  In fact, as a result, many test subjects then went out and bought journals and reported recording their daily events more often.  Hmmm, I think I have talked about journals before, haven't I?  But in relation to The Ancestor Effect study, I think this has crossover merit there as well.  We, as a population, are intuitively led to believe that to have an interest in our families and their histories, the memories have to be positive or unique and grand.  We seem to believe that to receive a benefit from knowing about past events, the events have to be something amazing or profound.  But it turns out that every day and ordinary is just as powerful to us as big and grand.

The same thing happens when I look at pictures of my childhood with my family.  We all say, "I remember that wallpaper."  Or "That was such a funky clock we had in the kitchen."  rather than focusing on the birthday picture, or whatever else the subject actually was.  I watch that when Kim's family shows their old slides too.  I remember cropping pictures when I first did some scrapbooking years ago and starting to realize that I was losing some fantastic memories by cropping out the background.  Often the little details bring back so much.

Does that change your perspective any on how you approach your own family history and what you are preserving now?  You never know what someone might value in the future.

Does it make you want to take a different track when introducing family history to your children and grandchildren?  I will admit, I really think it's something to give a person pause.

It would seem that the garden doesn't have to be blooming prize roses for us to gain a happy perspective.  In fact, it turns out a few daisies are just as effective.  The crossover of the actual science behind family history and record keeping and how those things effect us, in the short and long term, is so fascinating.  The more studies I come across in my researching the more I realize how everyone is coming to the same conclusion scientifically: Family History Benefits Us and Our Youth.  Knowing small and simple facts about our family, good or bad, and recording small and simple events, good or bad, help us and make us happy down the road.  In the short term and the long term.  How awesome is that?  Very much so, I think!

Posted by Janet Hovorka at 12:04 PM No comments:

#MeetMyGrandma and Why It Matters

Recently, FamilySearch launched a campaign titled #MeetMyGrandma.  The goal was for youth to gather stories from or about their grandparents and then enter those stories in their family tree on FamilySearch.  The campaign officially ran from September 20th to September 30th.  Family Search set the goal of gathering 10,000 stories in 10 days.  As of October 5th, the counter on the website states "15,075 Stories and still counting..."  That is impressive. 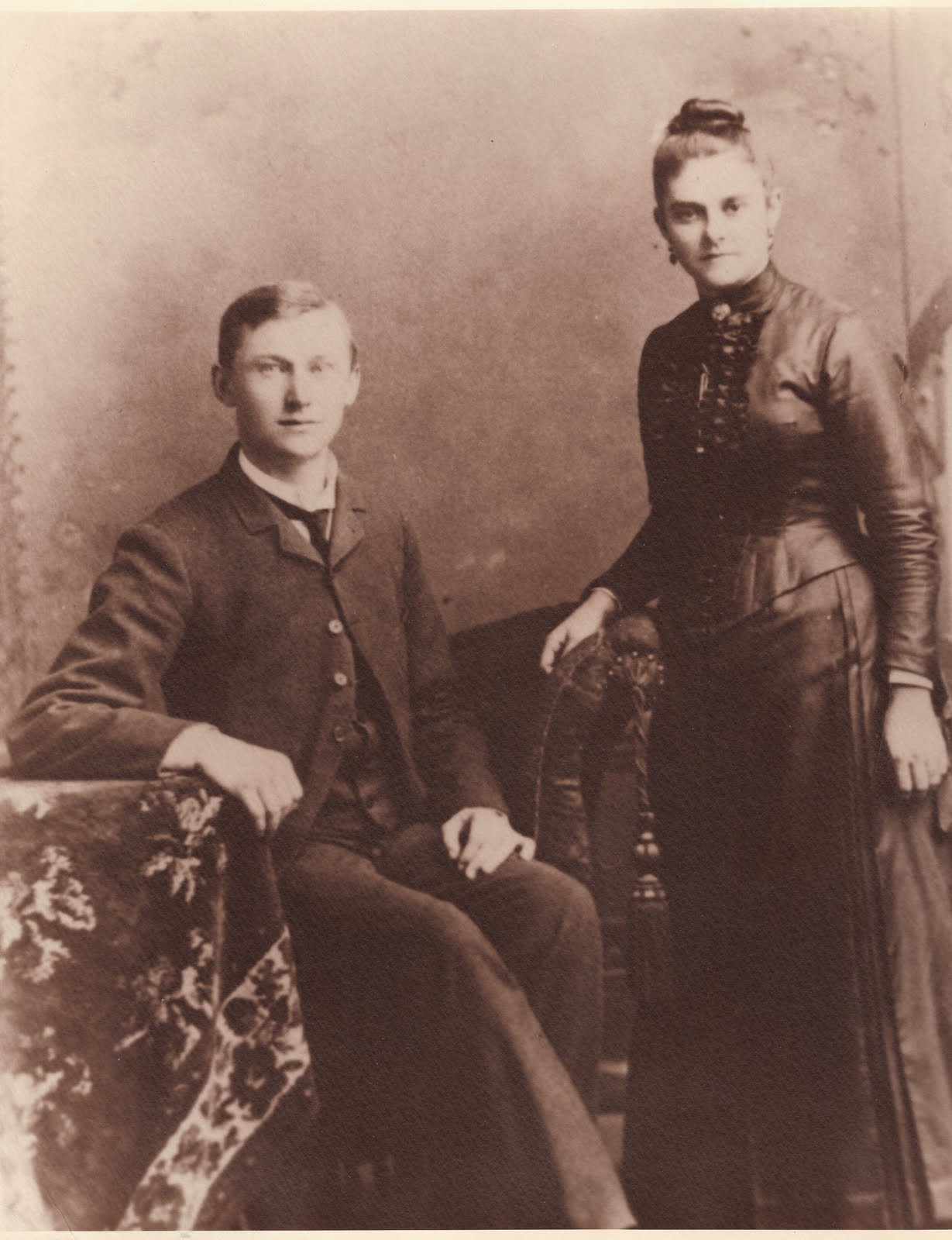 This was more than just a slick campaign to encourage young people to gather stories and use the FamilySearch website.  FamilySearch launched an app to help with the process and offered up 20 questions to help get the conversation rolling.  Apparently one young person discovered that Grandma loved skydiving.  Say what?!  But how would that ever come up in conversation, if you think about it, without a pointed conversation were a young person specifically asks a grandparent to express his or her interests?  I'm not sure about you but I don't think my grandma would be the type to sit around the dinner table and randomly say, "That reminds me of the time I went skydiving."  Maybe if I had a grandma who was the type to go skydiving she would say that?  Hard to imagine in my family..

The ultimate goal of the campaign was to involve youth in gathering precious family stories and facts "before it's too late," either from their grandparents directly or from someone else with first hand knowledge of their grandparents.  And then, of course, to document those facts and stories.  Besides the fact that we're all family historians here, why does this matter?  Well, as it so happens, I've been sharing research over on The Chart Chick that is scientifically proving how effective ancestor salience (the act of being immersed in an ancestor's life) is in benefitting a person's life.  The study I am discussing right now, The Ancestor Effect, specifically tested the impact of just thinking about an ancestor.  Part III of the series actually looks at how it isn't thinking about people in general (even people you love and care for deeply) that affects a person's sense of personal control and ability, but rather thinking about ancestors specifically that does that.  It turns out that knowing something (anything) about an ancestor, near or far, has a profound effect on personal expectations and intellectual ability.  Please be sure to also look at Part I and Part II of the study in order to see the benefits of focusing on our ancestors.  It makes a profound impact on our youth, intellectually and emotionally.

So, in the end, there are many more positives to the #MeetMyGrandma campaign than simply recording family stories.  It has the power to give our children and grandchildren a better sense of personal control (internal locus of control), self-esteem, and intellectual capabilities.  Knowing and sharing family stories is a way to arm our youth with positive and effective tools that allow them to succeed in their personal, academic, and eventually, professional endeavors.  I keep calling it a "genetic superpower" because there is no better way to think of it.  Sharing family stories and family history with our youth empowers them and strengthens them in a way that insures their personal success.  And now, we have the science to back us up when we tell them how important it is for them to engage with us in our family history! :)

*Original story on the #MeetMyGrandma campaign: http://www.ksl.com/?sid=31636459&nid=1284&title=lds-church-aims-to-capture-best-stories-from-grandmas&s_cid=queue-2
Posted by Janet Hovorka at 5:23 PM No comments: